Besides being a precursor to your baby’s much-anticipated first words, speech milestones during infancy are also highly regarded for the following reasons:

So, mommies and daddies, it’s important to both know and be on the lookout for the following age-appropriate speech milestones in your baby during his or her infancy.

From birth to 3 months, long before your baby’s speech develops, your baby’s primary mode of communication would be through gestures such as smiling, pointing, waving, clapping, raising their arms, and so on.

Alongside gestures, your baby will also try to communicate his or her feelings to you by crying. This is why most babies are said to cry more during the first three months of their lives than at any other time.

Towards the end of the third month, your baby would reach his or her first speech milestone – cooing.

Cooing is a combination of laughter and single-syllable, vowel-like sounds that your baby will make to indicate that he or she is happy or content. The most common cooing sounds that babies generally make are “ooo” and “aaa.”

The cooing stage is regarded as an important stage of speech development as it is when a baby begins to develop control of the muscles required for speech.

It is important to note, however, that not all babies coo. Some babies would simply gurgle instead.

You May Also Read this : 5 Activities to Encourage Your Toddler’s Speech Development

The more important speech milestone to watch for in this age group, however, is babbling, which typically occurs at the end of this particular age range.

Babbling is when a baby produces meaningless sounds or words. Despite them being meaningless, babbling is regarded as an important pre-language skill and also a key marker of a baby’s speech and language development as it signifies the beginning of a baby’s ability to recognise and produce speech sounds.

As a result, when your baby is at the marginal babbling stage, the most common utterances you will hear are “ba,” “da,” and “ma.”

The second stage of babbling, known as canonical babbling, occurs between the ages of six and nine months. This is the stage at which your baby begins to produce a wider range of speech sounds and combinations.

Reduplicated babbling, as its name suggests, is when your baby repeats the same single CV syllables over and over again to form words with two or more syllables, such as “baba,” “mama,” or “gagaga.” Yes, mommies and daddies, this is the very moment you’ll get to hear your little one say those magical words you’ve been waiting for since before your little one got here!

Around the age of nine months, your baby will continue to actively copy the sounds he or she hears while also adding his or her own sound to the mix. Prosody becomes more noticeable around this time as well.

In linguistics, prosody is a branch of phonetics (the study of speech sounds) that studies the linguistic functions of speech by examining the properties of speech sound units and syllables. It is an important aspect of speech as it conveys information about a speaker’s attitude and affective state in addition to providing semantic information. Prosodic features include:

Prosody alongside canonical babbling results in the third and final stage of babbling, known as conversational babbling.

Conversational babbling is when your baby’s babble, with the addition of prosodic features, gradually begins to resemble that of adult speech, despite the fact that your baby may not yet be using any “real” or meaningful words that you can understand. Most people often refer to conversational babbling as the ‘jargon phase’ due to this very reason.

This is the stage at which your baby’s first words, which are usually names for specific people or objects, become more apparent. What your baby babbles during this stage may vary depending on what he or she sees, hears, or experiences. Some common phrases include “mama,” “dada,” and exclamations like “uh-oh!”

Conversational babbling in babies often continues into their second year of life, with them gradually replacing their jargon with real words, phrases, and sentences as they grow.

TIP: MumChecked has some of the best-rated baby products including pacifiers, toys, and baby blankets and more, all of which can help make the first few years of parenthood more enjoyable for you and your little one!

It is important to remember that the above speech milestones during infancy are only approximations. Speech development, in actuality, may vary considerably between babies, even within the same family. If you have concerns about your baby’s speech development, it’s best to get professional advice from your paediatrician.

PEM Confinement Nanny Agency offers the service of experienced and professional confinement nannies in Singapore. Our experienced nannies are all well-trained to provide new mothers and newborns with the best care possible. Our services include day and night baby care, new baby confinement care guidance, breastfeeding guidance, and much more! As an add-on to our services, we also offer a postnatal massage package by Postnatal Massage Singapore (PNSG), which includes a free one-time baby massage Singapore tutorial.Get in touch with us today if you want to learn more about our services or about baby nanny Singapore service in general. What to Eat After C-Section for Fast Recovery?

What Should A Confinement Nanny Provide? Are Confinement Nannies Necessary? How to Know If You Need One? 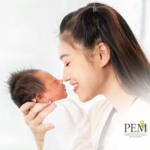 What to Eat After C-Section for Fast Recovery? 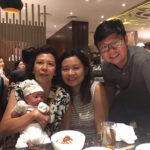 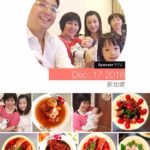